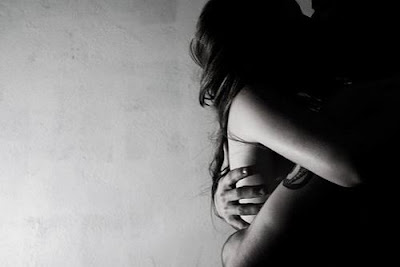 The sex drive diminishes for many reasons, one being age.

A diminishing sex drive is like a wave goodbye to youth. But it doesn't have to be this way. Natural and holistic treatments are highly effective to increase sexual drive and can serve as natural aphrodisiacs to promote sexual arousal and bring passion back into your life. This article specifically discusses eight herbs. Herbs have been used as sexual stimulants for centuries and are not only gentle but can help to benefit the entire body.

damiana
Of all its reputed benefits, Damianas ability to boost a flagging libido has caused the most scientific interest especially as it has been found to have benefits in this area for both men and women.

Argentinian scientists from the Faculty of Pharmacy and Biochemistry, University of Buenos Aires, studied Damiana, in addition to several other plant extracts, and found that it had potent aphrodisiac properties.
For men, their research confirmed that the plant is able to improve sexual dysfunction in men by relaxing the small muscles within the walls of the arteries of the penis. This is important because when the arteries are relaxed they widen and allow more blood to pass through them, which is what causes an erection. This is exactly how Viagra works, but fortunately the similarity between the two ends here, as Damiana does not cause the drugs harmful side effects.

The scientists also found that all of the plants studied, including Damiana, relaxed the arteries of the penis by 90 per cent on average, whereas Viagra caused only a moderate degree of relaxation barely reaching 46 per cent (Phytomedicine. 2003 Nov; 10(8):669-74).

For women, Damianas ability to improve womens sexual health has also been examined. Scientists from the School of Medicine, University of Hawaii, studied 77 women over the age of 21 who wanted to improve their sexual function. After four weeks, over 73 per cent of the women who took damiana reported an overall improvement in their sex lives, compared with just 37.2 per cent of those in the placebo group. Improvements were experienced in several areas including sexual desire, reduction of vaginal dryness, frequency of sexual intercourse and orgasm, and increased clitoral sensation.

Although the exact chemical responsible has not been identified in Damiana, the plant is shown to slow down the digestive tract and rush oxygen to male and female genitals. These two factors together aid men in achieving and maintaining an erection. Women who ingest Damiana have an easier time self lubricating and achieving orgasm during intercourse. 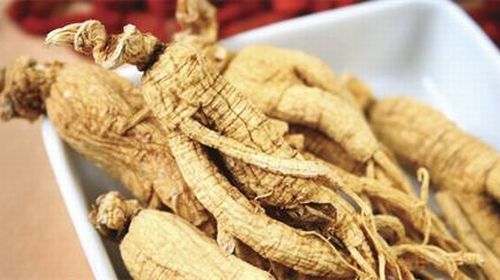 ginseng
Ginseng has been and is still being promoted as a sexual rejuvenator. Chinese medical doctors continue to prescribe ginseng for men and women suffering from low libido.

Ginseng affects the dopamine system, which is the complex system of the brain that researchers believe triggers sex drive. More than half of all men and women in studies with Ginseng report an improvement of "being in the mood" more often. In general, ginseng has been found to be perfectly safe for use, except in pregnant or breastfeeding women, because of its estrogen-like effects. The only other common effect from its use is producing excitability, but that's exactly what we're after here.

maca
Better known as "Peruvian Ginseng," this herb grows in the high-altitude areas of Peru. The Incas have passed down the stories of the roots legendary powers for generations. Maca is known for improving lust and orgasm in both men and women, and for having a Viagra-like effect. Used to give ancient Peruvian warriors added strength in battle, it was also kept away from women while the warriors were away (perhaps for fear of what might transpire while they were gone?). This herb has shown fairly consistent findings in animals and humans to increase stamina and libido in both genders, as reported by Discovery Health. So far there have been no cases of toxicity in this herb, which makes it relatively safe to take by just about anyone.

rhodiola rosea
This plant, which grows in the arctic region, has shown great promise in boosting a couples mojo. Studied extensively at Columbia University, researchers have found evidence that the herb can enhance sexual desire, energy, performance, and orgasm in both men and women. Other studies suggest that the herb can also help some men prolong stamina. And for women, Rhodiala Rosea may counteract some of the unpleasant side effects of menopause. This herb is commonly found at any health store in tablet form and no side effects or prescription interactions have been reported.

muira puama
Muira puama (Ptychopetalum olacoides) is a Brazilian Amazon herb used in South American traditional medicine as an aphrodisiac and rejuvenator. It is widely available and taken as a dried root powder in capsules. In a 2000 study published in Advances in Therapy, researchers at the Institute of Sexology in Paris, France found that a combination of muira puama and ginkgo biloba (called Herbal vX) improved libido in women. The researchers administered Herbal vX daily to 202 healthy women with low sex drive for 1 month. They found that 65% of the women reported significant improvement in libido.

Muira Puama was originally used by peoples in the Rio Negro area of South America to treat sexual dysfunction. It is believed to enhance your sex drive by increasing the production of sex hormones, especially testosterone. Additionally, it affects the serotonin and dopamine levels in your brain, both of which are responsible for those feel good feelings or 'highs'. In studies it's shown potential of performing even better than Yohimbe at increasing sex drive and improving impotence problems, without the side affects of Yohimbe.

raw garlic
Chinese people have known of the health benefits of raw garlic for thousands of years. In China, apart from being used to flavor food, garlic is also traditionally used in teas and folk remedies. Garlic is one of nature's strongest immune system boosters, and a powerful libido enhancer.

Scientists have discovered that eating garlic can boost the sex drive for both men and women. Allicin in the garlic improves blood flow to the sexual organs.

fo ti
Fo-ti's effects on sexual disorders are well established. Its enhancement of libido in both sexes has made Fo-ti a household name in China for thousands of years. Couples can benefit from its pro-sexual effects where poor libido or even genital dysfunction is suspected.

Certainly its aphrodisiacal properties have been verified again and again in scientific studies which have proven its ability to combat erectile dysfunction in males by dilating capillaries, increasing micro-circulation and hence blood supply to the penis whilst preventing premature ejaculation very much like the Viagra drug. But its action on the sexual glands is not confined to men because Fo-ti exerts a direct action in the pleasure centers of the brain and vasodilatory effect on the genitals in both sexes increasing arousal in the short term and inducing endocrine changes which improve fertility in the longer term. Furthermore it also seems lubricate the vagina thus protecting against infection, discharges and dryness.

My Book Picks!
Click on the photos for more information

Welcome To Forever Healthy and Young

Created in 2010, Forever Healthy and Young is your one stop place for up-to-date, useful, interesting information and articles on anti-aging, alternative health, longevity, beauty, and nutrition.